Everton legend Leon Osman has told the players that the club will need to step up if they want to achieve a top four spot in the Premier League and seal Champions League qualification at the end of the season. 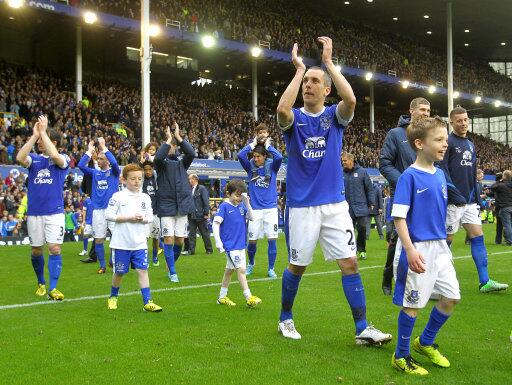 The ex-Toffees midfielder was reacting to the disappointing defeat to Manchester United at the weekend.

Everton were beaten 3-1 at home by the Red Devils to condemn them to a third successive league defeat. In addition, the Merseyside giants are winless in the last four Premier League games.

The Toffees started the season with seven straight wins in all competitions and that sequence of good results raised hopes that the club could achieve something tangible this season. The optimism from the opening weeks of the season has been dampened by the recent run of poor results.

Everton took an early lead in their game against Manchester United on Saturday afternoon through Brazilian international Bernard before the Red Devils fought back through a Bruno Fernandes brace to end the first half with a 2-1 advantage.

Manchester United substitute EdinsonCavani wrapped up the points for his team in added time to hand Everton another league defeat after the Southampton and Newcastle United losses.

The Toffees suffered their first league defeat of the season at Southampton (0-2) and it was swiftly followed by the 2-1 loss away to Newcastle United.

According to Everton legend Leon Osman, the players believe they can crack the top four this season but that won’t be possible on the evidence of the Manchester United game.

Manchester United adopted a defensive strategy with two defensive midfielders and the Toffees failed to break them down.

Leon Osman also pointed out that Everton manager Carlo Ancelotti is still the man to take the club forward despite the current run of three successive Premier League defeats.

Italian tactician Ancelotti was appointed as the Everton boss in the middle of last season and his first target is to get the club back to Europe.