There are media reports that Jose Mourinho had made his first signing for Manchester United by luring the Villareal defender to Old Trafford. 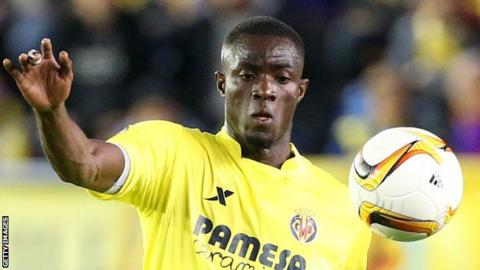 It is reported that the deal might be in the region of £30m.

Many other clubs were interested in Eric Bailly, but the Red Devils have managed to snatch the player away from clubs such as Manchester City, Barcelona, and Paris Saint-Germain. Ever since his appointment Jose Mourinho has shown his intentions of strengthening the team in order to mount a serious title challenge as from next season itself.

It is understood that the Villareal defender has signed a four-year contract with Manchester United and has the option of signing another two. He is an Ivory Coast international that already has some international experience as well as European experience by playing in La Liga.

Jose Mourinho has stated that Eric Bailly is a solid defender with some great natural skills. He believes that he has developed well for a young player and that there is still more to come from the Ivory Coast defender. The new Manchester United manager has stated that Bailly has the potential to become one of the best defenders in the world if he continues his development.

Eric Bailly had indicated that it was a dream comes true for him when Manchester United made an offer for him. He said that it was always his desire to play at the highest level and that he is determined to give his best on the pitch in order to help his new team win trophies.
Bailly joined Villareal in 2015 after Gabriel left them for Arsenal. Since then he has made 47 appearances for Villareal and has established himself as a valuable player for the La Liga side.